New Price!!! - Selling our Quest Elite "The Dome" tent/shelter/awning - £350.00
This is a 3m X 3m domed tent (with groundsheet), which comes with an additional sleeping compartment, this zips in in place of one of the sides (see picture)
The tent can be a domed shelter when the tent sides are unzipped off.
There is an additional extra side which, when zipped in place of one of the walls, forms a padded awning attachment to hook up to a campervan
One pole broke and has been repaired (see pic) otherwise in good condition and I tore one of the carry-bags (picture)
We bought it several years ago but have never used it as an awning (hence no pic as yet of hook-up to our cali) as we realised we were not stopping on any site for more than single nights and didn't bother with putting up any awning!
It has had occasional use in our garden as a shelter for our grandchildren, usually without the sides or sleeping compartment.
Warning - It is bulky and heavy for touring, but very good quality.
We are based in Shropshire 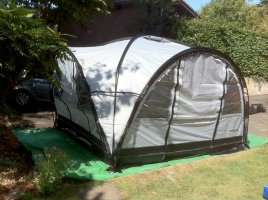 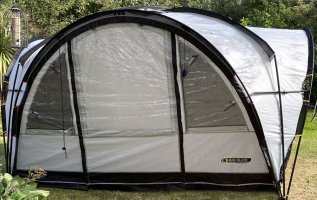 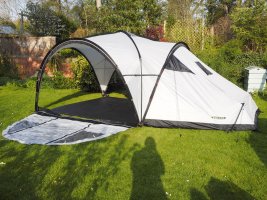 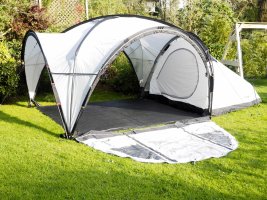 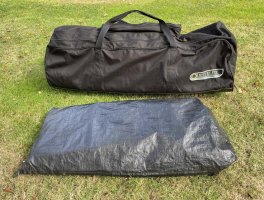 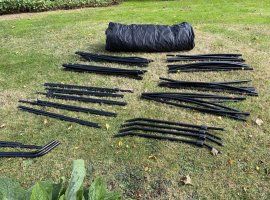 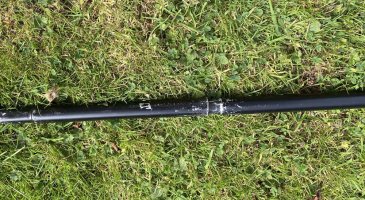 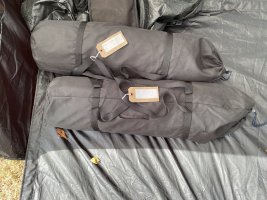 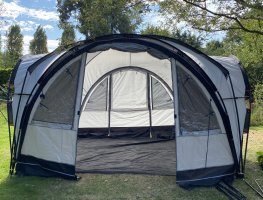