So finally I found time to do this little project. It’s based on my late 4 but the principle is the same for a 5, possibly a 6 also.

On the 4 it’s a bit of a pain to access the tank drain valve. It’s buried inside the rear cupboard beneath a metal flap. Not ideal.

I never leave water in the tank so it’s on of the things I do when returning from a mission. If I could do this in flight it would be that much easier. 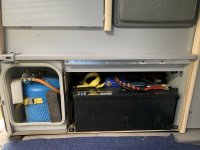 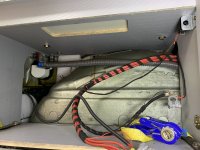 So the plan is to install a motorised ball valve in line with the existing hand valve. The hand valve can then remain open and the emptying duty controlled by the motorised valve.

Obvs this needs to open and close on demand. The valve I used is powered open and powered closed.

The timed signal from the relay drives another change over relay which switches a power supply to the valve, either open or close.

10 mins is more than adequate to empty the tank.

The whole system is powered via the ignition ACC so can only be operated whilst the ignition is on, saves emptying the tank when you’re pitched up and rummaging around in the van.

I’ve yet to locate a correct switch so I’ve fitted a temporary one down in the steering colum cowl. It’s a window switch. Once I find the correct dash switch I can move it. 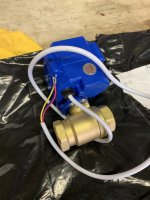 It is full bore when open. 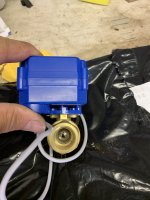 Fit one of these in each end, standard plumbing male coupling. 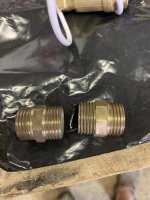 Valve it situ. Drain pipe is easy to cut, male fittings are a nice neat fit. I had to resort to jubilee clips as I didn’t have the correct Oteker clips to hand. 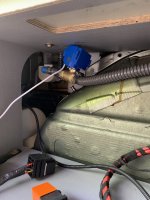 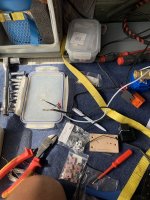 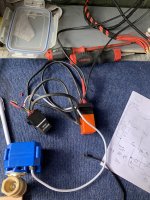 Lashed in place. I made up a bracket to hold it all in place. It’s not perfect , I’ll probably move the valve further down stream, under the fridge. 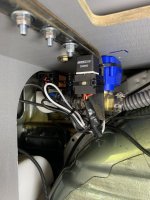 Battery back in place. 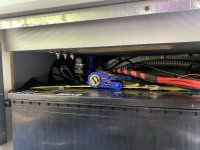 So cabling was routed behind the kitchen units, down via drivers footstep and up past the fuse box to the dash/steering column. 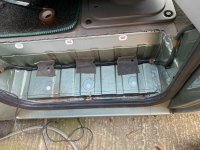 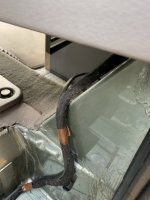 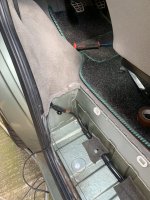 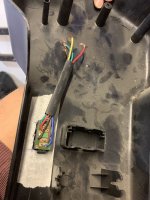 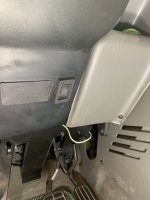 And the wiring scheme. 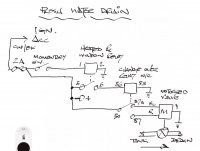 Perhaps not for the faint hearted but deffo worth the agro , it works a peach.
I’d give this one a 7 on the “dicking about“ scale.

I don’t understand the use of the heated window relay or the difference between the 2 inputs to your solenoid valve.

Heated window relay is just a cheap simple form of timer relay. Other adjustable relays are available but they’re expensive and unnecessary. It has a simple 10 min cycle that does the job..

Don’t think I’ll bother with the grey tank as I rarely use it. Past experience has taught me it causes smells if left too long. I just leave the drain valve open permanently. It’s only ever clean water that goes done the plug hole. I don’t wash up in the sink.

Oh Mr Pod, now that's a really great little idea, but you do realise how many domestic disputes this could cause while the rest of us spend another day with the van in bits trying to do something similar (that none of us had thought of until now!)...

That said, the position of that valve is ridiculous, by the time you get somewhere to be able to drain the tank suitably, its not possible to reach it as the van's packed and getting there is just a right royal PITA...

Any reason why you couldn't simply wire this to be a simply on off switch without the need for all the relays?
Don't get me wrong, impressed with the way you've done this (and indeed its the most comprehensive setup), just wondering how to simplify it...

Can you post links to the parts used?
Cheers

ps. we were at the dutch coast last week and ended up dropping by PopTop, couldn't help stocking up on a few bits and bobs - including a second 'original' 230v socket - going to mount it above the fridge... Not quite as much stock as Just Kampers, but still enough to worry your bank card! Nice little company they've got there...

Indeed, could do a simpler on/off version but I wanted a one touch forget application ready to refill next time out.

Ok so here’s a simple version.

Push one way to open, push other way to close. 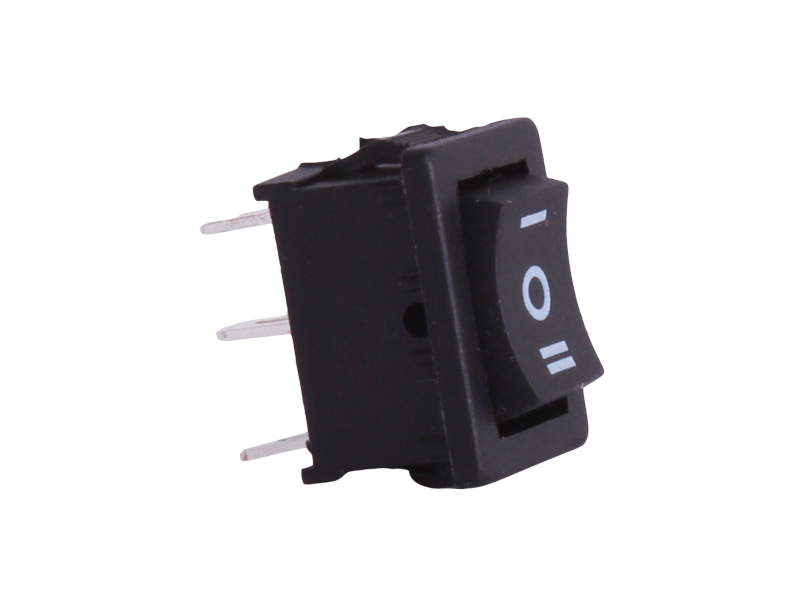 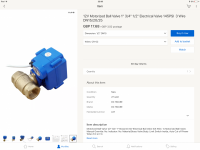 Nice Job, I have one of those dash switches if you want it. Its second hand but might clean up okay. I can dig it out and send it in the post to you.
Regards Padraic.

Finally got around to this! Installed and works a treat. Cheers @sidepod

Nice work guys, this would be nice to have on both tanks. Might have a look at it if I get time.

bxl_lad said:
Finally got around to this! Installed and works a treat. Cheers @sidepod

Where did you buy to valve from? This looks like a good job.

I don't think it's necessary on both tanks, it's more because of the difficulty to reach the fresh water tank valve, especially when you're all packed up... I actually put the switch next to the grey tank drain tap so they're both together...
I think I bought it on Amazon, will try to find the link and post it here.

The screen grab above is from eBay so just type in the description and you should find it.

This is the one i bought, though is unavailable right now. You can see the specs though:

Out of stock on The Bay.

BXL, how did you seal the pipes? Looks like you’ve used some kind of black heat shrink?

I did something similar this year. I added the same valve to my grey water tank. I wasn't a huge fan of getting on my knees and reaching under my CE to open the valve. Then, getting back down there with everything wet to close it.

I did do one thing different. For the switch I used a VW defrost switch with the timer. A took the face from the interior light button and switched it over. That way it looks like water spraying. Now I can hit the switch when I want to dump and forget about it, after 10 min the valve closes.

If anyone wants to use the same switch, you must add an inline resistor on the power going to the pump so the switch thinks there is a similar load to the rear window defrost. It works without but the switch lights will light up incorrectly (yellow - off, Bright yellow - on instead of correctly: red - off, bright yellow - on). 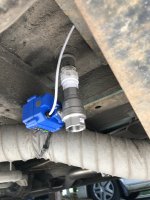 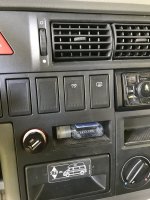