Facebook friends may have already seen these, but I like lighthouses so I'm posting them again Anyway, a couple of nice camping spots.

Great pics - looked at your wordpress site too. Must get back to Ireland... Perhaps next summer. How long did your trip take? Apart from Wave Crest (lovely) would you recommend any other campsites?
T

Thanks. Probably our favourite camping spots of the trip, despite the flashing lights!

We were there for two weeks, but it wasn't nearly long enough. But isn't that always the case?

Of the campsites we used, Wavecrest was the nicest by far, great location and the facilities were in good condition and clean.

Mannix Point was okay, nice waterside location and handy for the Skellig boats. In general, the campsites we used were fine, but nothing special. They all charged for showers and in general we found camping in Ireland to be expensive. The only one I really didn't like was in Wexford (just the other side of the bridge), but it was close to the ferry terminal at Rosslare, so served a purpose.

Away from the Ring of Kerry we found wildcamping easy and in nicer locations than the campsites. There are also a few Aire type places dotted around. We used the one in Cobh (no facilities, but toilets in the museum during opening hours and public toilets near the Titanic Experience). The train line is just behind it, but there aren't too many trains overnight.

+1 I am a lighthouse lover/fan too, any trip out with the OS map and look up the nearest head land and off we go

I hope I was a lighthouse keeper in a previous life, damn technology has ruined that for me now! 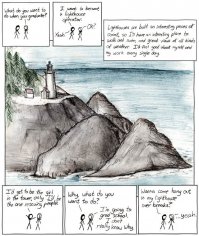 the lighthouse at Nash Point South Wales is a nice one

Nice and simple that one.

We found this one in Dorum,Germany. It's not in its original location unfortunately, but still quite impressive and different (and closed on the day we were there!) 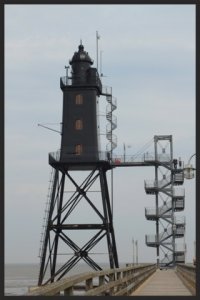 Dorum lighthouse that's very different , we have only been lighthouse spotting in UK and Eire.
T

Spent the last 3 nights at campsite near phare les ballerinas on the lie de re. Utterly fantastic, and still working.

Looks good, even without the ballerinas!

Dungeness has two lighthouses, a nuclear power station and a little railway all within a few hundred meters of each other. It isn't pretty, but it certainly is interesting. And there was a guy restoring an old airstream - it all added to the local colour.
T

Been meaning to head down there since watching the video from these guys:

Used to dive off Dungy quite a bit, so only ever seen it from the wet side. Looks kind of weird, but as you say kind of interesting at the same time

You should go. It's classified as an official desert, and you don't get many of them around here. Rye and Winchelsea are great for a day out. We stayed at Camber Sands. A good laugh if you are into hi-di-hi camp sites

We spent a night last week at Stoer Scotland under the lighthouse, had breakfast over looking the sea, saw two Sea Otters a mother and young playing at the shore edge, and then a pod of more than 12 Dolphins, lost count as they do not stay on top long enough may have been 15 which was followed by a Minkie Whale. It was a breathtaking 15 mins jaw dropping. The seals here were also so common here almost did not mention them. A very magical place.

Hey Dan , out on a trip in Norway and stopped at some lighthouses.... 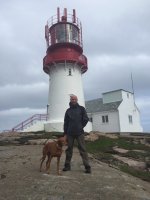 Lindesnes Fyr , the most southern edge of Norway
Spend the night ( first night in Norway) at the parkinglot , it has infocenter and the tower can be visited( guided?) during daytime . We arrived to late. 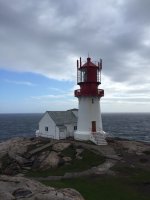 It has an older lighthouse beside where people had to keep (wood)fire burning continuously to have a light...
See below 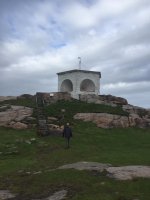 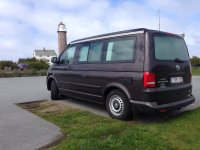 This is Farsund Fyr , Norway
Somewhere between Lindsnes and Egersund , Norway .
Door was open and free to walk up...as we did offcourse 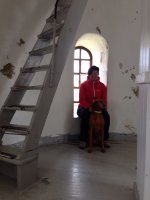 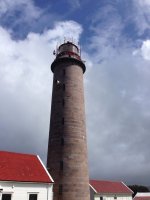 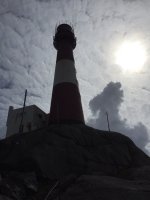