I am embarrassed to say I've had the isotop for quite some time and was nervous about fitting it, however I finally got around to doing just that and filmed the experience for the club shop. This is just a basic post with my experiences and thoughts. The video will come soon. The ocean/se install may be slightly different.

Instructions
The instructions are awful, there is no other word for them. It feels like they've been converted via software. The result is weird instructions that are English words but not English sentences. I think they add to the intimidation and make it feel a lot harder than it is. The pictures are also too small and not very clear. That aside the install is actually quite easy and not as bad as it first appears. The T5/T6 beach version seem identical.

Materials and Quality
The liner feels very nice, has a black outer side and a velvety inner fabric. It feels good quality but not too thick. The windows are much larger than the ones in the poptop making it easy to get ventilation and light when you need it.

Install
You get two wipes to clean the aluminium where you attach the hook and eye tape (like velcro), the first is a cleanser and the second appears to make the metal tacky for the tape to adhere better. This is really simple although I found the wipe was pretty destroyed by the time I had finished the entire coverage, two of each would be better Brandrup .

Hook and Eye tape (similar to velcro)
You then apply the tape around the bottom of the van which is very easy and there is enough to cover the entire lower edge, with some spare left over for future use. Some thicker tape is applied at the back of the poptop upper edge and this too is easy to install albeit cramped.

Velcro attachment tabs
On the Beach 3x velcro tabs are screwed into the plastic roof at the front for the isotop to attach to. The instruction say not to use powered screwdriver and to do it by hand but to be frank I found this impossible. The self tappers didn't bite quite right and the angle was awkward to get enough pressure and speed at the same time. I used a small electric screwdriver cautiously and it went straight in. Important here not to over tightenI was pretty worried about the roof above but all seems fine.

The two rear velcro tabs are inserted up into the roof edges and held in place by friction. We used two laminated business cards to make this much easier. This is probably the fiddliest part of the install. We followed the instructions and found when we installed the fabric they are in the wrong place. After a little trial and error we pretty much came to the conclusion these aren't really needed. Although the video will show them being installed , I personally think you can probably miss them out on a beach if you wish.

Then it was just a case of hanging the fabric, fiddly but good. The resulting finish was very nice and has a cosy feel to it. It feels much higher quality than the canvas alone.

Using the isotop for Camping
We camped with it for a weekend recently, warm days and windy cool nights and found the whole feel of the poptop was much more cosy. It was much less drafty, the heat wasn't sucked through the canvas, and nice and dark, meaning we weren't woken at sun up.

In fact using the heater at night, the whole van felt warmer for longer, and the heat seemed to stay in the poptop too whereas normally we find it doesn't. In the morning the heat of the sun didn't make it uncomfortably hot either.

Very impressed, we see now why everyone loves the ISOTOP internal topper. I slept far better than normal when it it is damp and cool as it was that weekend.

Tips and Closing the Poptop.
I think a bellows bungee is a must for Isotop especially on a beach. It makes amount of material a little thicker and we can no longer tell if the roof is folding inward or outwards visually. There is more fabric up there so we have to be more careful when closing the roof to keep the fabric away from the clips and locks (not an issue on the ocean?). A bellows bungee is a cheap addition that takes away fear of damaging the canvas and mitigates not being able to see the roof inside.

Conclusion so far
A great product. Fit and forget. Makes the roof feel luxurious, fits beautifully, much warmer in the cold and cooler in the warm. Darker too. It has lovely big vents that can be opened too to let in light or air if you wish. Makes the roof in the California much more comfortable in all conditions, maybe it should come as standard?

Really useful post @MattBW thanks, after a very wet couple of days in Devon last week I’m considering one of these. We had rain blown in sideways through the roof top vents, and no choice but to drop roof when wet to set off which led to some dampness upstairs. Not as bad as I had imagined but still there. Just need to get over the price tag of these!

Neilos said:
Really useful post @MattBW thanks, after a very wet couple of days in Devon last week I’m considering one of these. We had rain blown in sideways through the roof top vents, and no choice but to drop roof when wet to set off which led to some dampness upstairs. Not as bad as I had imagined but still there. Just need to get over the price tag of these!


Sent from my iPhone using Tapatalk
Click to expand...

I have the external top cover from Thais sl in Spain.
They also have an internal cover, which I don't have (yet). But it looks like it's less than half the price of the Brandrup.
Very pleased with the quality and fitting ease of the external cover. The only thing that holds me from buying the internal cover, is that I would need to screw in the lining, and a bit of glueing velcro. But I won't argue about it being comfortable, as the single sheet of fabric feels cold and damp when not dry and warm nights.
Tough choice.
Convince me!!

calikev said:
i have had an internal liner from the company in spain compared to brandrup its chalk and cheese
Click to expand...

T5 manual version is on offer at the moment:

I bought Kevs old Thais liner & later upgraded to the isotop, for me the main reason was the Thais one didn’t have the zip front window. The material was also more like a rubber sheet compared to the velvety feel of the isotop Functionally it worked just as well & it was a lighter colour on the inside which was nice.

Im confused.
1.)So you put this IN you pop top, but is a pop top cover not better for the rain as heard the canvas is not really 100% waterproof.
2.) What happens if water does get in canvas, does it then just sit behind the iso top.
3.) Does that also mean its darker all the time even when you are standing up, using the downstairs for cooking etc with both sections popped up. Sometimes, that thin canvas really lets light into the van and gives a sense of openess when both sections are up, would i loose that?

It looks like the inner insulation is about the same fabric as the outer top cover. They now have the option of front window. € 270.

Don't think I could spend the double for the same result.

Just fitted ours, excellent bit of kit. Permanently installed so no faffing about. Fabric seems similar to goretex.

We didn’t like the idea of an external cover, as it meant that you could be standing out in the pouring rain to install on a wet roof then trapping any damp inside the van, thus resulting in a damp mattress if you don’t get the chance to dry the roof properly after removing the external cover / closing the roof.

The Brandrup also seems to keep the roof space cooler on warmer days. Just needs a bit more care when closing the roof.

Worth the money in my opinion!

MarkVw2017 said:
Im confused.
1.)So you put this IN you pop top, but is a pop top cover not better for the rain as heard the canvas is not really 100% waterproof.
2.) What happens if water does get in canvas, does it then just sit behind the iso top.
3.) Does that also mean its darker all the time even when you are standing up, using the downstairs for cooking etc with both sections popped up. Sometimes, that thin canvas really lets light into the van and gives a sense of openess when both sections are up, would i loose that?
Click to expand...

Yes it is inside your pop top.

We haven't had any rain issues to date.

There are zips where the Cali windows are so you can open them the same to let in light and air.

It's lovely and dark for sleeping. The colour in the day time is grey as in my picture (poor image but the only one I could find!) So not that dark. 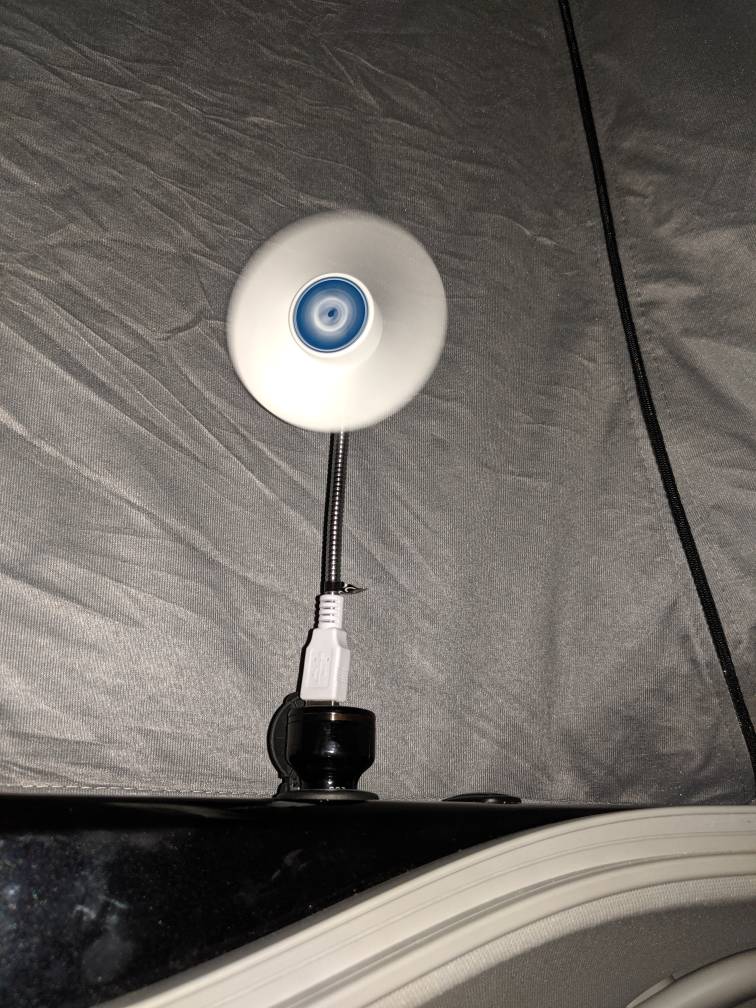 Sent from my Pixel 2 using Tapatalk

I didn't rush into fitting mine - was a bit intimidated by how much it cost vs messing it up, but found it easier than expected once I'd bitten the bullet.

We sleep downstairs, with occasional foray up top, but it's a game changer for van usability and comfort & now on the essentials list.

Does it quieten wind noise etc? Ie make the van feel cosier when the roof is up in bad weather

Hey @MattBW - thank you for your instructions and video. Super helpful. Made it really easy for me to get installed properly. Really appreciate your efforts!

No_heroes said:
Does it quieten wind noise etc? Ie make the van feel cosier when the roof is up in bad weather
Click to expand...

Apologies just saw this, I think it does make it a little quieter too yes.

How are you finding it after you installed it?

Really love ours, when it was wet and windy in lakes over new year it was great.

There was no draft inside the pop top at all, when I reached round to behind it I could feel the cooler temperatures and the draft.

Plus nothing wet to take off and put away!

Sent from my Pixel 2 using Tapatalk

Very pleased with mine on the fit and the quality.