My new VW California, my experience so far

My new VW California.
Why did I get one?

Been thinking about getting one for a while, did a bit of on line research on californiaclub website and the excellent Wild About Scotland owners review and my interest grew.
We finally hired one for a long weekend (T4 conversion not genuine VW cali) after seeing a half price ITSON deal to see if we would really like to own one. Picked it up just outside Kilmarnock, back home south of Edinburgh to collect my wife Barbara from work then headed north up the A9.

First stop was Lairg campsite for an overnight stay, first thing in the morning headed to Ben Kilbreck to do that Munro. Later that day we drove to foot of Ben Hope via a very single track road, so much so there was grass up the centre, we wild camped near the roadside, fantastic flat pull in spot overlooking the Loch Hope and Ben Hopes North face, OS NC4755.

Next day climbed Ben Hope, it snowed and visibility on the summit was zero! Need to go back in the summer for that view.

Back into the van and headed south to Glencoe via Inverness and the Great Glen, we stopped overnight at the Glencoe campsite that looks onto Loch Leven, great sunsets here.

Next day had to have the van back by 14.00 so drove pretty much straight there from Glencoe.
Overall verdict was, we wanted one, despite the van we had being very underpowered we still did a huge mileage over the weekend and bagged the two most Northerly Munro’s. Think it was based on a high mileage 80 BHP Transporter van which made it a bit gutless, we found the space was about right and mobility perfect, we are used to camping so much less time required for packing / unpacking especially single night stops.

Next decision, new or second hand, an offer of early retirement and a decent severance deal settled that one, a new one was decided, you only live once.

Now which model and what extra’s?

Had a test drive at our local Edinburgh VW van centre, took out the 140 BHP model for a couple of hours, really liked it but found it a bit unresponsive on hills, especially if you have to overtake a HGV, I like my overtaking to be carried out as fast and safely as possible. Engine decision now made, it would have to be the 180 BHP Bi turbo. Thought about the 4 motion version but decided since I had survived all my driving life without a 4*4 I did not really need that expensive extra, especially with the adverse impact on fuel consumption. In winter I always change to snow tyres which are better than a 4*4 with summer tyres anyway.

Colour choice was the most difficult decision, I was not that impressed with the colour options, finally plumped for Candy White which I am now very pleased with.

Ordered the van in October 2013, and picked it up from the van centre in March 14 to tie up with my departure from work. I smiled so much that week the top of my head nearly fell off!
David Miller at the VW Edinburgh van centre was excellent to deal with, nice man and very knowledgeable about the California. He gave us a very comprehensive tour of the entire van when we picked it up.

The engineer in me had the tool kit out to check what was what, detachable tow ball is very easy to fit and remove. The front tow eye however presented a problem, the addition of the VW spoiler meant that the standard tow eye is now not long enough, called VW van centre, “bring it round” they said, so I did. After a bit of head scratching they concluded that I was in fact correct but unfortunately VW only supply one length.

After a bit of research on line discovered the solution was to extend the tow eye by 50 mm by welding in a new section. Fortunately VW gave me a second tow eye to use so there was only one joining weld required, and offered to pay for the work to be done, more of that later. I did the cut, prep and welding myself, and now only a minor modification of the tool tray was required to allow the new extended tow eye to fit. If you are not an experienced welder with the correct equipment I’d suggest you get this done professionally.

What have I bought for the van so far:
• Thetford Porta-Potti (Essential for wild camping in my opinion) http://www.thetford-europe.com/product/ ... -qube-335/ shop around on line for best price, lots of variation out there.
• Plastic plates etc from Go Outdoors
• Plastic Wine glasses with screw off stem see http://www.tiso.com/shop/gsi_outdoors/n ... ine-glass/ still makes me smile when I get these on the table for dinner.
• Hook up cable, not used yet only wild camped so far.
• Kettle 1.6L stainless steel with folding handle
• Fiamma level Up ramps and chocks, keep these in an old wellington bag with a safety triangle and high vis vests in the back.
• Thule roof bar adaptors (Thule 3034 Fixpoint Fitting Kit ) so my old A4 roof bars (Thule 751 foot + aero bars) will fit on the Van. Fixing type on the California roof is a “T” slot.
• We already had a (907) gas cylinder from our camping kit but bought another as a spare for longer trips in Europe, £10 for a half full one on Gumtree, a bargain since a refill costs around £25 and an empty bottle £30!
• Set of essential winter wheels and tyres, bought the steel wheels direct from my VW dealer got 4 for the price of 3 since they owed me for the tow eye extension welding work. And got 4 Continental Winter Vanco2’s on line for £585 from Tyre Universe, these are now in my garage till next winter.
• Spare wheel security bolt
• Inverter Outlet Adaptor socket for charging gadgets from van batteries.
• 12v shower portable spray (for after those long summer hikes when wild camping)

The only other thing I have done is cut up some old carpets for the floor and cupboard bottoms (stops stuff rattling), had a very long double sided carpet I got as an extra with my last A4, it covered the whole back of the car when the seats were down, carpet on one side and waterproof surface on the other ideal for the van.

Almost forgot, I had read that the fridge lid can be damaged if you place too large a pot on the fridge side cooker burner, so I made up a little stainless steel deflector just in case.

A bike rack for the MTB’s, decided I did not want a rear door mounted one after I had been told that the bike handle bars can hit the roof when it is popped up and the back door is fully open with the bikes on, personally I think they look pants fitted all the time.

That meant a tow ball mounted solution was required, after much on line research (great thing the internet) I have finally decided on the Atera Strada 3DL, good price and unlike many of the Thule ones, despite what they say, it allows the VW rear door to open without taking any of the bikes off. If you do get one do get the 3DL not the 2DL as it does not allow the rear door to open, I found out the hard way and had to return one.

See this in action at http://www.youtube.com/watch?v=YNlBwfb6FVU I bought mine on line £353 from Roofbox, it should be delivered next week.

We have now been away 3 times since I got the van, twice skiing at Glencoe and Nevis Range and once hiking at Ben Lawers, we love the new van. It took me a while to discover how to get two sets of skis neatly inside the van, at the right hand end of the bed/seat there is a panel that can be removed, this allows one ski bag with two sets of skis to fit very neatly, this does not interfere with the fold out table. I have seen skis kept on the outside of the van on racks or roof-bars but would not want road salt anywhere near my skis.

We have only slept in the top bed so far, it is so comfortable, we use our normal sleeping bags we use for camping, no pop up cover, can’t really see a need for it so far.

As for MPG, not done many miles so far only 1.5K s, I have found there are two trip meters on the display, one for the current trip and one cumulative, overall cumulative average is 35 MPG, the best I have seen on a single trip was 42 MPG on the way back from Glencoe. I hope the overall improves once the engine loosens up a little.

Next challenge is transporting the kayak; we have a Tarpon 130T we love to take up the North West in the summer, but that will have to be a subject for later. 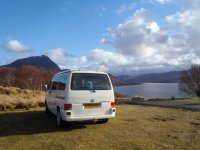 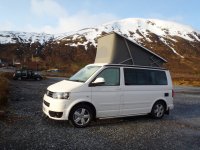 A Brit in Sweden

Fantastic write up and tale of your experiences so far. The Cali looks great in white. Sure that we will pass each other at some point on the roads of the Highlands!! :hello

Thanks, we spend the last 4 nights at Linn of Dee car park, no hassle at all, great base for lots of mountain biking (atera rack very good) and munro's, fantastic weather.
D

sbmcd said:
Thanks, we spend the last 4 nights at Linn of Dee car park, no hassle at all, great base for lots of mountain biking (atera rack very good) and munro's, fantastic weather.
Click to expand...

We wild camped just off that road in November....fabulous! The Linn of Dee is stunning.

We are just back from 4 amazing days also in Wester Ross and Torridon. We will post a write up with some pictures later. The Calis are such great cars but I did have the unsettling experience of seeing a California being towed on a trailer on the Fort William road behind an enormous motorhome-clearly as their 'little' runaround!!!

The North West is also my favourite part of Scotland, we usually head for Assynt and use the Achmelvich Shore campsite as our base, that was of course when we camped. Even with the VW I am sure we will return for the stunning sunsets, beach and fantastic sea cliffs. This is where we always take the kayak.

Do you have any good wild camp spots you use in the NW?

Your sighting of the Cali on the back of a motorhome is bizarre, obviously your sighting was not far from a trunk road, where would you park that lot, a lorry park? 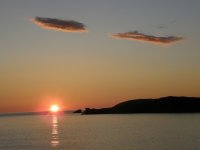 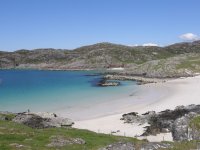 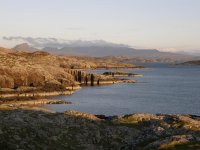 Gone, but not forgotten!

Amazing write up and photos!

Only one point - I disagree about winter tyres on the FWD Cali. Even on Summers, we've done some pretty severe off roading in ours that no FWD van would make. 4Motion is far from essential but it is very useful sometimes including on the rough tracks in Mull.

Other than that, all good

I agree if you are off roading with your Cali 4*4 would be vital!
You must log in or register to reply here.

My new VW California, my experience so far, part 2