Having read a few threads about exterior lighting, I thought I’d share a bit of work that I did on my Beach prior to a trip to France.

I wanted to fit an LED strip to light both the van side of the wind-out awning, and also a solution for lighting our drive away Vango awning while on longer trips.

I spliced into the permanent 12v supply to the rear pillar light and wired directly to an illuminated rocker switch via a fuse, then on to an in-line dimmer. I’d heard that the dinners can be temperamental, so wired them with enough cable slack so that I could remove the switch and pull the whole thing through if needs be.

The cable from the dimmer then gets routed through the rear trim, through a hole in the tailgate grommet and then out over the tailgate alongside the seal. The grommet hole was re-sealed with some black Sugru.

I now have some dimmable lights (via a remote control) and a permanent 12v supply on the outside of my van. My first idea was to have two sets of lights as described above, but in theory the 12v supply could be used for anything provided I don’t overload the dimmer or fuses.

Last of all, and after I couldn’t find anything more suitable to buy off-the-shelf, I decided to build my own “extension” section of lights for the awning. Basically it’s the remainder of the LED strip pushed into some 10mm clear tubing with a DC socket soldered on the end. Other end is sealed shut with Araldite. Works pretty well wrapped around the centre pole of the awning.

Hope someone finds all that useful. Some pics included below. 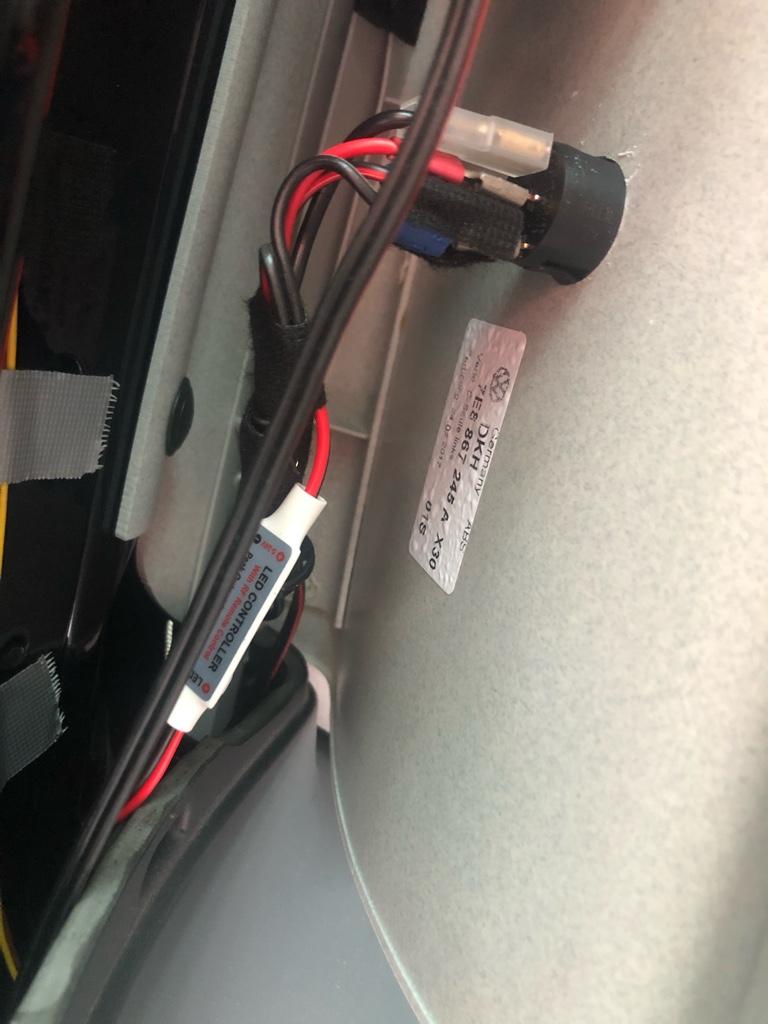 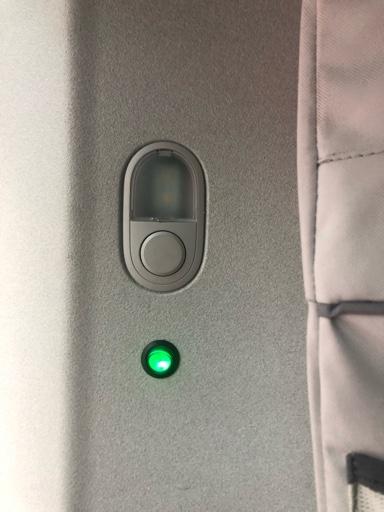 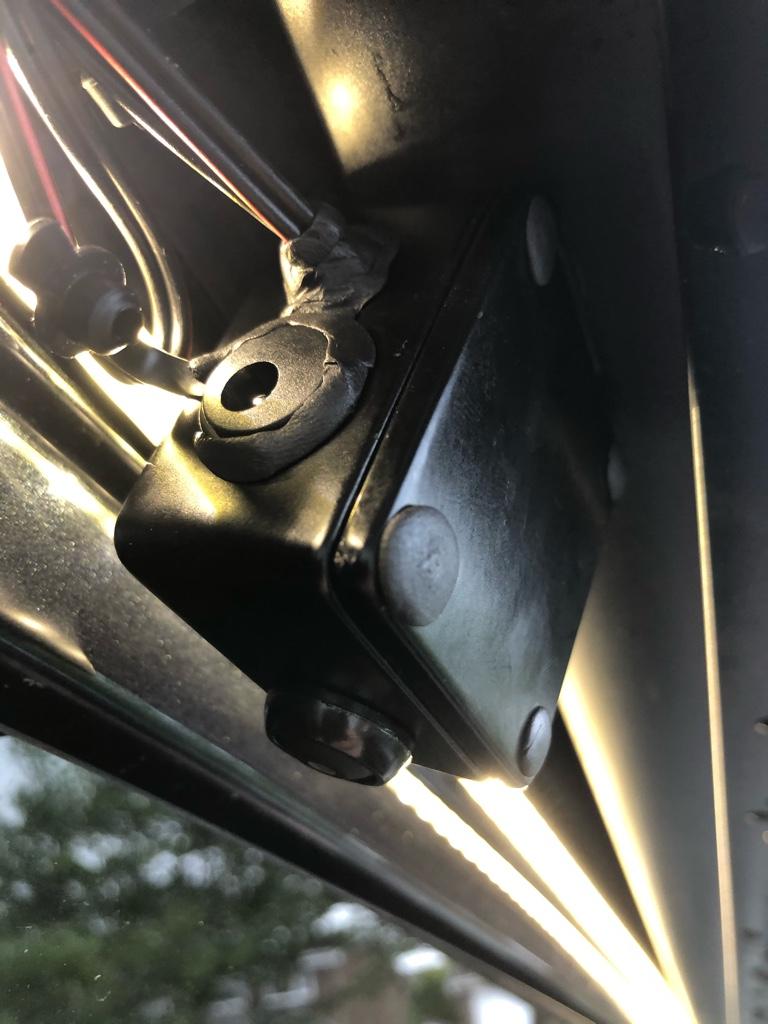 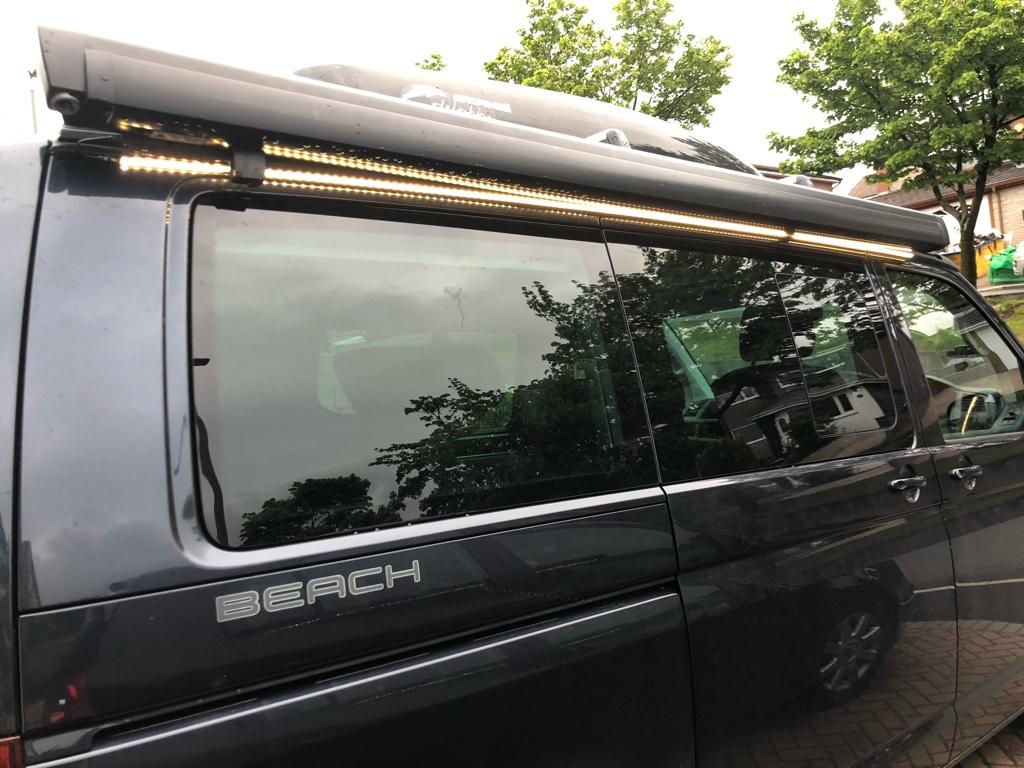 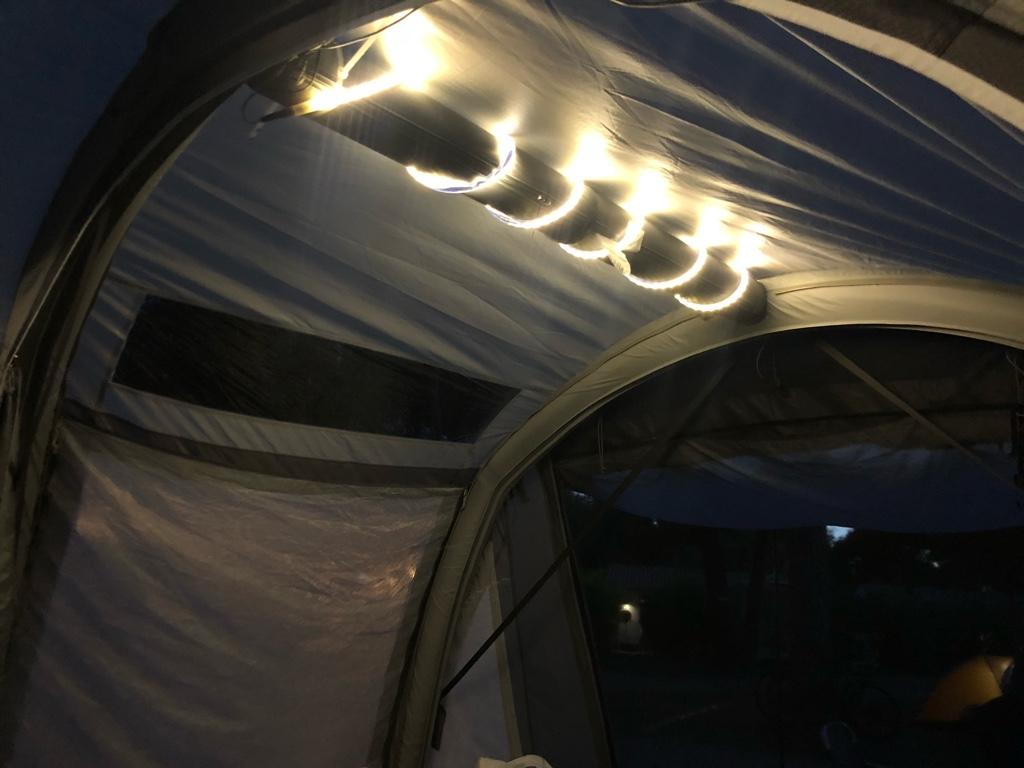 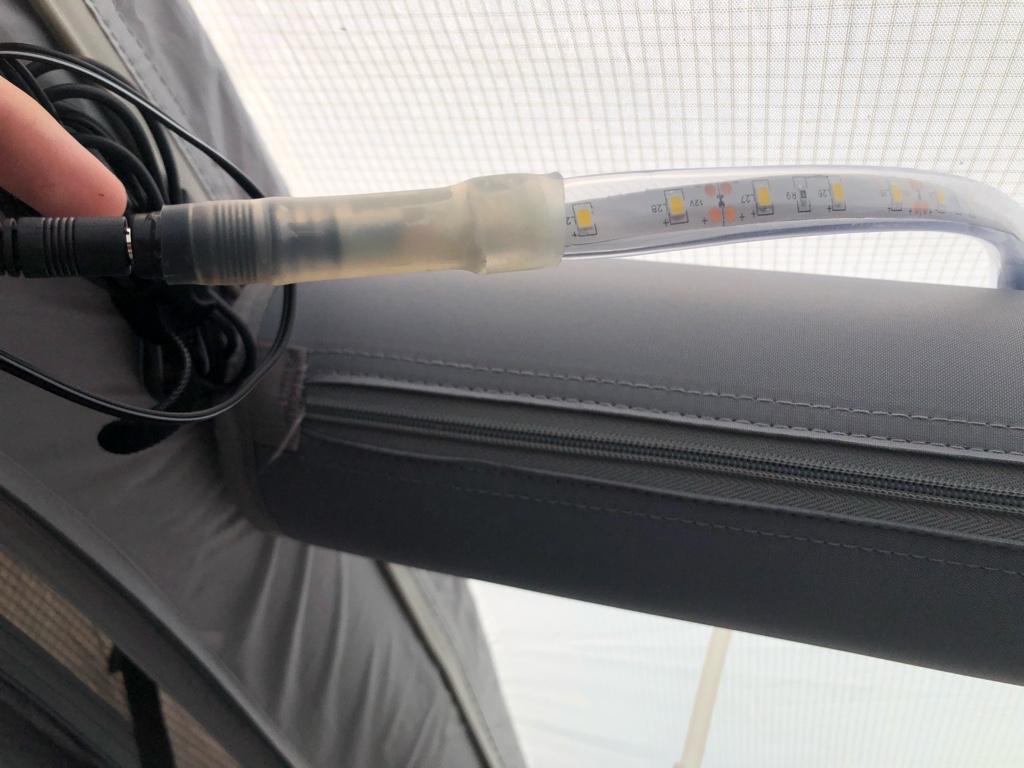 Nice job. Did it attract lots of bitey bugs.
M

I don’t think it attracts any more than any other light would. I used a “warm white” strip as I’d heard it was less likely to do that, plus it’s generally a “nicer” light than the stark blue “cool white”.
You must log in or register to reply here.