Amarillo said:
Egg production is well down since the avian lockdown. But ours at least do have a reasonable sized outdoor covered run (8m^2), which is allowed. What they do miss is their fenced off pen within our garden which is about 24m^2.

So to count as “indoors” a run needs to be fully enclosed mesh fencing, and covered so that wild bird droppings cannot enter. 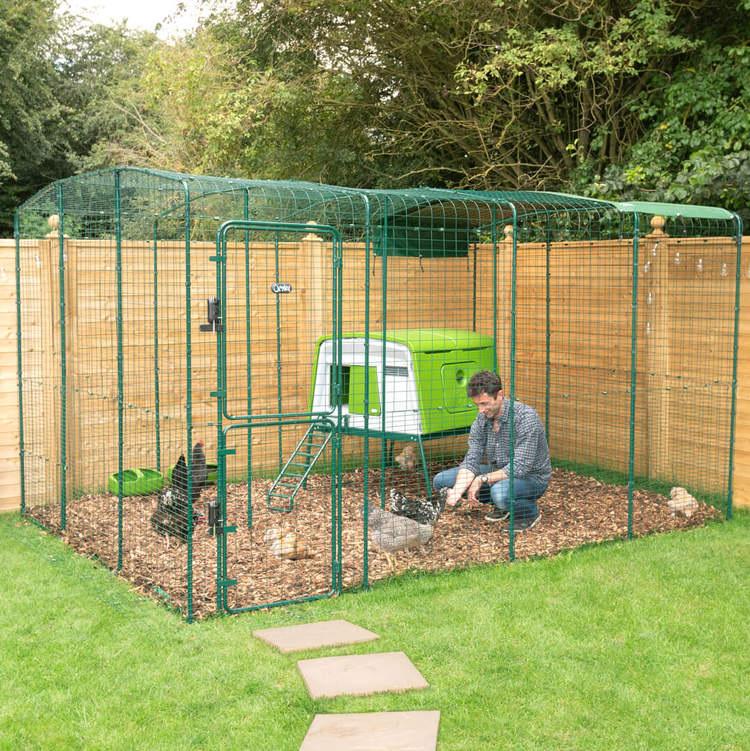 With a tarpaulin thrown over the top is fine.
Click to expand...

did you know you've locked a bloke in there ? or is there something your not telling us ? looks like he's laying ok though
V

andyinluton said:
Can we have by horse as an option please, could combine exercising the pet with the vaccination.
Click to expand...

Do they have a hitching rail at your vaccination centre?

Vagophile said:
Do they have a hitching rail at your vaccination centre?
Click to expand...

I don't know which vaccination centre Amarillo is sending me to yet. All I know is that its 5 miles away.

Apparently local residents near our closest surgery have asked the council to shut it down as the late vaccinations are causing too many cars to be parked outside their houses in the evenings! 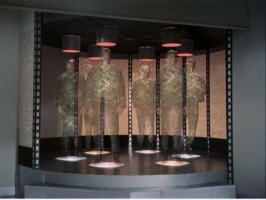 By the time I get my jab this will be one of the transport options.
S 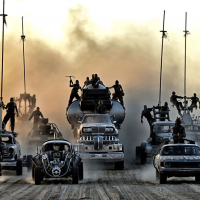 andyinluton said:
Apparently local residents near our closest surgery have asked the council to shut it down as the late vaccinations are causing too many cars to be parked outside their houses in the evenings!
Click to expand...

Had my vaccination this morning and got a lift from husband. Good job I did as didn’t feel too good after it but all good now

Be careful at your compost heap Velma’s Dad.

Listed below are some of the more common physical ailments that can result from unprotected contact with compost:

Aspergillosis is a fungal infection of the lungs that is caused after the inhalation of a fungus commonly found in rotting plant matter. While normally not life-threatening, aspergillosis can be extremely dangerous if enough spores are inhaled. The disease killed a 47-year-old British man after he was engulfed in clouds of dust from the compost he had intended to use in his garden.

The symptoms of Farmer's Lung resemble pneumonia, and may result from respiratory exposure to certain fungal and bacterial pathogens present in rotting organic materials, such as mushrooms, hay and sugar cane. Beware of dusty white patches, as they are a sign that dangerous spores are present. Farmer’s Lung can usually be treated with antibiotics.

Histoplasmosis is caused by fungus that grows in guano and bird droppings. Healthy immune systems can usually fight off histoplasmosis, although infections can become serious if large amounts of the toxin are inhaled, or if the infected person has a weakened immune system.

Legionnaire’s Disease is a respiratory infection that's caused by the inhalation of L. Longbeachae.

Paronychia is a local infection that occurs in the tissue around the fingernails and toenails. Prolonged moisture and the abrasive effects of soil can create openings in the skin that allow the infection to occur, producing pain and throbbing.

Tetanus is a disease of the central nervous system that's caused by bacteria that is very common in soil. While even a minor cut can allow the bacteria to enter the bloodstream, immunizations against tetanus are quite common.

Thanks, good intel. The main risk in my case is slipping off the path to he compost heap which is quite steep. My tetanus jabs are up to date, as it happens.

I'm just glad I'll get mine first.
In our household my partner, my daughter and the dog all get first dibs on everything. In the usual pecking order I'm last especially where food is concerned.

Interesting.
I wonder how many more there are...?

Question: travel with dogs through Switzerland and Italy