As I advance in years and near the time when I can retire I like to think about the car I would treat myself to when I do take my pension.

At the moment the Cali is my everyday and only vehicle. So I would like something for fun. I would still keep the Cali.

Given that I share the same good taste in recreational vehicles ie a Cali I thought it interesting to see what fellow petrol head forum members would choose and why?

At the moment- having done a factory tour and various test drive days I confess I’m leaning towards one of the new Morgan’s- why because they are so involving and essentially basic to drive (but oh the f type what looks).

What retirement car “”treat”” would you choose for let’s say under 100k and why?

My other car is a 911 991.2 Carrera S Targa, and I can't think of a car that I'd rather have. There are plenty of faster and more expensive cars, but the modern 911 is probably the pinnacle of sportscars you can drive every day. A Cali, and a 911, and then all that is missing is a Ducati.... 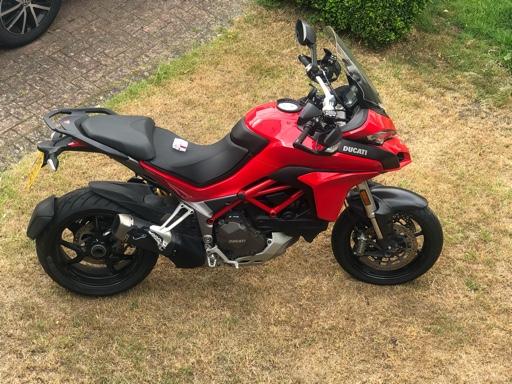 Scrapped the car, kept the Cali, spent the savings on 3 years university for our 2 daughters... That would have bought a very nice new car, or 2 new California’s but when they graduate in 1 ½ years they will at least debt free in a changed world recovering from pandemic and the economic fallout.

If you exculde a Cali i think many on here will be dissapointed .
I see lots of posts on here from people saying they are retired and got a Cali.....
W

I like the look of the new Lotus Evija electric supercar. Unfortunately I am surrounded by speed bumps where I live, so I would not be able to go anywhere ...

Another classic rally car (ie pre-1981 to qualify for HRCR events). Possibly a Lancia Fulvia 1600 HF Rallye or maybe a tidy fully-prepped Mark 1 Escort RS1600 although some of those are north of that £100k limit now. Or for the longer endurance rallies a Merc SL 'Pagoda' but again that might be pushing the budget for a well prepared example.

At least 8 years away for me but right now I'd be going for a GR Yaris. Looks like as much fun as you can have for a reasonable amount of cash. I love the idea of something classic but living in The Lakes where most of our A-roads are like most B-roads and all the others are even worse it's just not practical. It needs to be something you aren't afraid of using.

I've been retired for fifteen years and have too many cars as it is. I don't really hanker after anything on the market today. On a practical front Mrs B's 2014 Skoda Superb estate and our current 2019 Cali Beach represent my ideal modern cars. The Beach provides that something extra that no other vehicle could so much so that we would hate to be without it. Both are versatile, both are comfortable and both will do the national speed limit with ease.

I once had a yearning for a new Morgan but that for me was more about buying into British hand built craftmanship. It would only ever have sat in the garage only coming out on dry days and since fast driving doesn't really interest me that much, what would have been the point? Besides Mrs B vetoed it after a test drive. She said "she didn't like the feeling of skidding along the road on her bum".

No, the only thing that gets me fired up these days are cars from a bygone era. I already have three of those so the last thing I need is another one.

In my case most old car acquisitions have been made following a brief introduction and the right circumstances prevailing at that time, meaning I hadn't been looking to purchase that particular type of vehicle before finding that example. However, if I was going to choose a particular car to buy now, it would probably be a vintage 20 hp Rolls Royce. These cars are so well engineered and every one built originally had bespoke bodywork made by the original owners chosen coach builder. IMO most of these coach built designs are/were butt ugly but occasionally you'll see one that is utter perfection. These vehicles are not powerful or fast but the way that a good example drives is like nothing else I've ever driven. They are so smooth and quiet with a character all of their own. Retard the ignition and back off the hand throttle when standing idling and you can barely hear the engine. There's just a faint whisper. They also have that wonderful smell of hot engine oil that comes up through the floor boards. Driving one well is an art but the feeling it gives you is second to none.
I've owned two to date, the second only briefly due to problems the dealer was unwilling to resolve. I owned this one for twelve years and now wish I hadn't sold it:

Here it is, a 1928 Rolls Royce 20hp Windovers Landaulette leaving Canterbury Cathedral, after I'd taken this young couple (friends of ours) to and from their wedding. When I later examined the photos of the day, that gentleman in the red coat had managed to get himself into every one.

If I ever buy another it will be a four seat tourer or doctor's convertible coupé.
Last edited: Nov 17, 2020

John Slater said:
At least 8 years away for me but right now I'd be going for a GR Yaris. Looks like as much fun as you can have for a reasonable amount of cash. I love the idea of something classic but living in The Lakes where most of our A-roads are like most B-roads and all the others are even worse it's just not practical. It needs to be something you aren't afraid of using.
Click to expand...

Sound thinking. Like Borris I'm mostly into classics and pre-wars but for a 'modern' I find you can't beat a good hot hatch to chuck around especially on British country roads. I still miss our old Pug 209 GTI 1.9 which was (borrowing from J. Clarkson) more fun than the entire French air force crashing into a firework factory. Also enjoyed a JCW Mini for a while. Sorely tempted by the GR Yaris now.
C

When I turned 50 I treated myself to the cars below, that was almost 7 years ago and I still have them both. 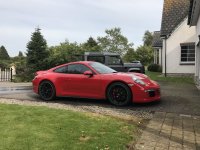 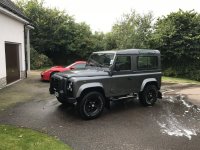 We both retired last year after 40 yrs. As a car nut I made sure we had our perfect fleet:
Cali Ocean (in theory the only car you need)
Model 3 Long Range (OMG what a car)
Defender 90 (grew up with Land Rovers)
Evoque (her dream car)
2 Brompton bikes 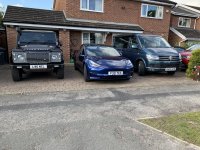 Thank you, I am afraid it is not given the respect it deserves, our dog treats it as his kennel and it gets hosed out once a month. Your forecourt is as full as mine, there is also a V8 Cayenne that Elaine loves and a 440i as a daily commute. I really need to get rid of some cars.

Anything chauffeur driven and looking forward, autonomously driven...
Get in, set the controls ( for the heart of the sun) and sit back with a good book...
J

Velma's Dad said:
Sound thinking. Like Borris I'm mostly into classics and pre-wars but for a 'modern' I find you can't beat a good hot hatch to chuck around especially on British country roads. I still miss our old Pug 209 GTI 1.9 which was (borrowing from J. Clarkson) more fun than the entire French air force crashing into a firework factory. Also enjoyed a JCW Mini for a while. Sorely tempted by the GR Yaris now.
Click to expand...

I grew up with hot hatches and have had a few of the classics, Mk2 Golf GTi 8v (big bumpers), Impreza Turbo, Mk7 Golf GTi, Fiesta ST mk7 and have a Golf R Estate Mk7.5 now. Wish I'd been able to keep a couple! Half century appears in April so I've been considering the GR Yaris as my present.